Planning is bringing the future into the

present so that you can do something


In my decade and a half or so as a stock and commodities broker, I was exposed to many different trading styles as well as trader types. Some were very successful, some only slightly, most however, failed over time. Those that were very successful shared two common traits. First they had a trading plan, that was perhaps revised from time to time, but nevertheless followed religiously; and second they had untiring discipline.

Expert trader John Hayden author of "The 21 Irrefutable Truths of Trading" states: "Without discipline, you will be unable to master your ego, create empowering beliefs, have faith, and develop confidence in your abilities. The lack of discipline will prevent your skill as a trader from progressing."

Making an occasional winning trade, that ignores your trading plan, may provide short-term pleasure, but entering trades unsystematically can adversely influence your ability to maintain discipline over the long term. Why? When you stop following your plan, you are being rewarded for a lack of discipline. You may start believing that abandoning your plan is therefore not a big deal. Then, whether consciously or unconsciously, you'll begin to think: "I was rewarded once; maybe I will be rewarded again. I'll take a chance." Positive outcomes from undisciplined trading are most often short-lived, and the lack of discipline will ultimately produce trading losses. 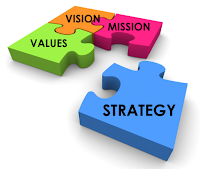 Who cares if the win is from my plan or not? It's still a win, right! A win that results from following a trading plan reinforces discipline. A win that occurs by chance (deviating from your plan) will increase your bottom line temporarily, but may cause harm to your psyche and be responsible for future unexplained losses. It reinforces undisciplined trading.

Posted by PrudentTrader.com at 10:10 AM

This post is very informative and i got may information, thanks to the author.financial advisory company