I'm not emotional about investments. Investing is something where you have to be purely rational and not let emotion affect your decision making - just the facts.

Greed and fear, do they play a roll in your market decisions? When we fear a potential loss, we sell. When we are greedy, we buy or buy too much. It is a little more complicated though. Regret and hope also play a roll. People may trade in or out to avoid feelings of regret or may hold on to losing positions out of denial and a hope that the loser will turn around. Emotions play a powerful role in decision making. 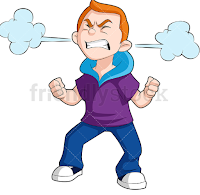 Dr. Jennifer Lerner of Carnegie Mellon University conducted a series of studies on how emotional states influence trading decisions. In one study it was shown that people who experience intense levels of anger tend to be willing to accept greater risks. Anger is experienced when we feel unfairly treated or we have been slighted. If you take things too personally it's easy to feel slighted by the markets when they don't go our way. To gain control we get angry. We fight back and enact our revenge. When this occurs we act out of desperation and often take on risks that we shouldn't.


In another study reported in "Psychological Science," Dr. Lerner and her colleagues showed that emotional states that have nothing to do with a financial issue might have a subtle impact on a subsequent economic decision. Participants watched films that made them feel one of two emotions, sadness or disgust. The movies had absolutely nothing to do with business or decision-making. The first film was about a loved one passing away, while a second film was about a man using an unsanitary public toilet. Participants were subsequently asked to estimate the value of a possession while in either a sad or disgusted emotional state. At the start of the experiment, participants were given a pen and asked to hold on to it. After the emotional states were elicited, participants were asked to estimate the value of the pen if they were to sell it. In some ways, you might see how this is analogous to holding a position and determining how much the price of the stock needs to move before you would be willing to sell. In contrast to participants in a neutral mood, participants who were incidentally disgusted or sad greatly underestimated the value of the pen; neutral participants estimated its value as about $4.50, while sad and disgusted participants put its value at about $3.00. The interesting aspect of this study is that there was no obvious connection between the emotional state and the financial decision to sell. It would be as if you watched a sad television show right before the open, and for no good reason whatsoever, under-valued a position and immediately sold too early. One event should have nothing to do with the other, yet in Dr. Lerner's study feeling sad or disgusted influenced a subsequent economic decision.


Ideally, it would be nice if we could trade with a totally objective, disconnected and purely logical mindset, but we are merely humans. The impact of common emotions of fear, greed, hope, and regret may seem obvious to many. Realize, it's possible that incidental emotions that have nothing to do with the markets may have an influence on our decisions. It just goes to show that trading is in many respects a pure psychological endeavor. The more you can stay logical and objective, the more you'll trade profitably.