Some prefer to concentrate their efforts on the major indexes. Personally I prefer to follow sectors. Below are the 31 Morningstar sectors with various data points that may be of interest. The relative strength ranks are of 31 sectors only, one is best, 31 worst. The relative strength Over/Under weight column is a Prudent Trader calculation. Victor Sperandeo's diversified trends indicator is represented in the next two columns. This is a monthly calculation only and from his book Trader Vic on Commodities. The rest should be self explanatory. 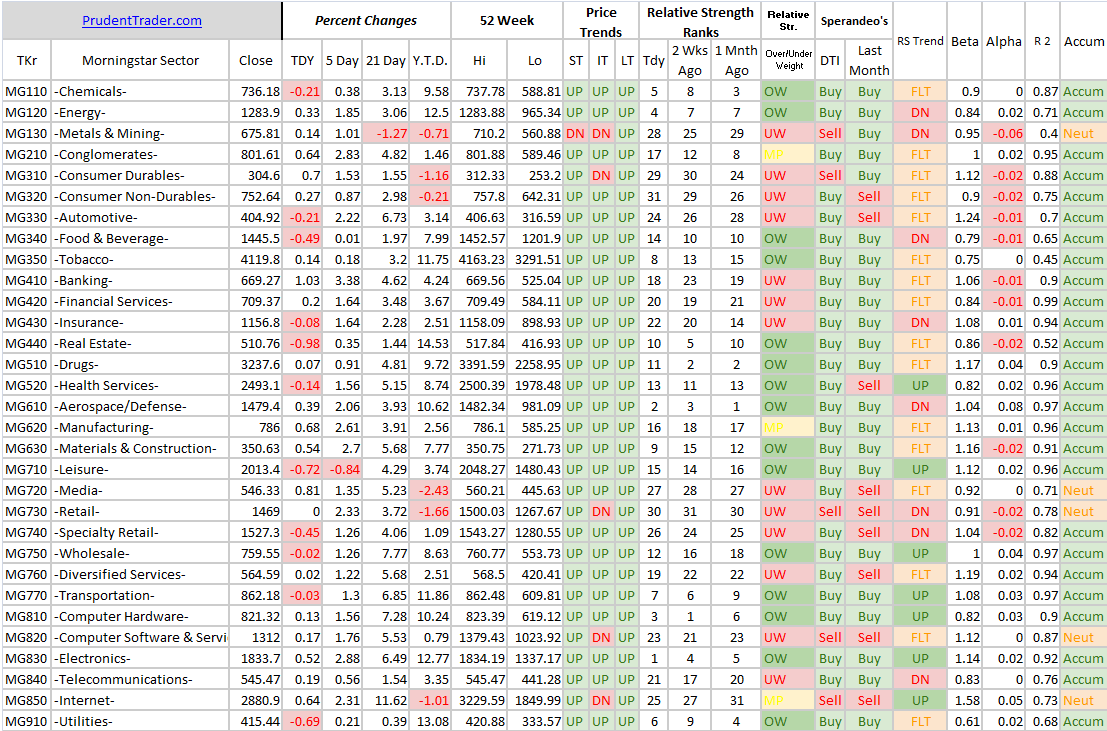 Relative strength is an important and often misunderstood investment thesis. In 1998 UCLA professors Narisimhan Jegadeesh and Sheridan Titman did some tests utilizing price changes (relative strength) over several different time frames. They found a direct statistically significant correlation between relative strength and later price performance up to 12 months later. The most consistent period for defining the initial relative strength was six months.  Relative strength and ranking are also the cornerstones of legendary investors/authors such as James O'Shaughnessy, Bill O'Neal, and Charles Kirkpatrick, CMT

Posted by PrudentTrader.com at 10:57 AM